Samuel's sons, an exhortation for the body of Christ! 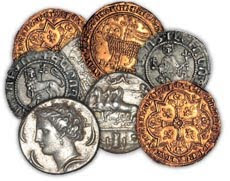 When Satan comes with condemnation, the Holy Spirit of God comes with encouragement.

Many may condemn you saint of God especially if you have children who choose not to serve God, especially if your children choose to go the way of their unrestrained sin nature.
I have been troubled by observing sin being given free rein in the life of some loved ones of late, and it is an easy thing to think, “What have I done wrong, or what could I have done?” and Oh how Satan will jump on those thoughts!

That is when we must take everything to the Lord, and allow Him to redirect our thoughts and encourage us in His written word.

Today, The Holy Spirit directed me to our Godly brother Samuel, whose life was righteous before God, a man who lived his life daily to be pleasing to God and to do that which was set for him to do.

Samuel however had some wayward sons, who had grown up observing their godly Father’s life and ministry to Israel. They were given responsibility by their father and yet in the end they chose to follow their sin nature by giving in to temptation, and rebelling against their father and God. I am sure that their grandmother Hannah would have been most troubled by this had she still been living at that time.

1 Samuel:8:1-3
1. And it came to pass, when Samuel was old, that he made his sons judges over Israel.
2. Now the name of his firstborn was Joel; and the name of his second, Abiah: they were judges in Beersheba.
3. And his sons walked not in his ways, but turned aside after lucre, and took bribes, and perverted judgment.

Saints when it comes to our children and grandchildren we can instruct them in the ways of the Lord, we can live for and serve God before them, we can pray for them, but we cannot save their souls, we cannot make them walk in the ways of God. So do not allow Satan to render you ineffective for the Kingdom of God, by bringing you under condemnation!
Posted by A Seed Sower at Friday, January 21, 2011 2 comments:

Dying to Be a Saint! (The Late Pope John Paul)

The Image Of The Beast

I am not sure how in the new format of the blogisphere to add the audio, so you will need to cut and paste this link to your browser in order to listen to it, and it is well worth the listen!!!
http://www.apostasywatch.com/portals/0/audio/11audio/imagebeast.mp3
Posted by A Seed Sower at Monday, January 17, 2011 No comments:

The Chambers of Hell


This is a most interesting series, if you take the time to go to u-tube you can listen to all of them.
Posted by A Seed Sower at Sunday, January 16, 2011 No comments: 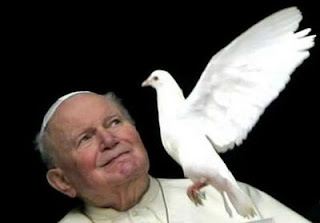 : as of 1/17/2011 they have altered their story and replaced "worship" with venerate! Which in essence means the same thing!

The dead pope John Paul is to become a saint, according to the church of Rome, this they say allowing him to be "worshiped" Publicly!

http://news.yahoo.com/s/ap/eu_vatican_john_paul_ii;_ylt=ApSaAnQ9F.py7J3h7RTr1zis0NUE;_ylu=X3oDMTNvNjg0M2hjBGFzc2V0A2FwLzIwMTEwMTE0L2V1X3ZhdGljYW5fam9obl9wYXVsX2lpBGNjb2RlA21vc3Rwb3B1bGFyBGNwb3MDMwRwb3MDMTMEcHQDaG9tZV9jb2tlBHNlYwN5bl90b3Bfc3RvcnkEc2xrA3BvcGVqb2hucGF1bA-- They have moved the original story, however i am working on a video on this subject where I shall relate more on the original story.
If anyone would like to view the original story I have retained a copy of it.
Posted by A Seed Sower at Saturday, January 15, 2011 1 comment:

A Word of Warning and Exhortation to the Saints 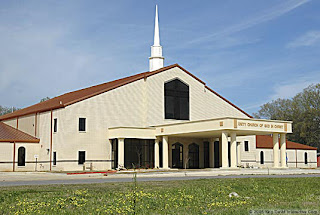 If you are a true born again Christian, the organized apostate church system will kill you if it can, it will suck the life out of you it will drain you it will derail you from the path of truth. It will drag you down, it will defeat you, and it will steal your newly found joy, your zeal. It will bind you, it will oppress you until you come into submission to it.
Come out of her my people lest ye receive of her plagues!

Unrighteous Mammon and The Children of Darkness